Leap into a Successful Adventure

A very special football match was held in Interlaken, between the seniors of FC Interlaken and Oakville MCM 1 from Canada.

Founder and president of this team is Manfred C. Muntwyler, immigrated to Canada 55 years ago. Manfred looks back on an eventful life, his factory, and his love of football. Today, Manfred Muntwyler is retired and "travels the world", as he told this newspaper laughingly. Manfred, his parents, and his sister moved to Canada when he was 14. He saw this opportunity as a “great adventure”. His father had, in 1953, a contract employment as a Project Manager. For five years, the family stayed in Toronto.

"In the beginning it was difficult; in a foreign country with a foreign language. I had to leave behind my classmates and friends at Interlaken" said Manfred Muntwyler. "But for me, Canada was a great adventure." 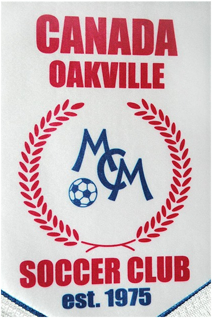 Today's 69-year-old settled down after high school, being a toolmaker and design, and engineer training. He later worked as an employee, for 5 years, before he founded his own company. His company produces car parts, which he continuously increased from small business to the 280-man company he built. "The business was very successful. It was bigger every year and we expanded steadily, "said Manfred Muntwyler.  About 10 years ago, he built and founded a new factory with a total of about 14'500 square meters. Six years later, sold his business to an industrial conglomerate and went into the well-deserved retirement. "When I look back, I can only say: In the beginning, the emigration from Interlaken was a small shock, but I quickly settled in and the opportunities that were offered I took and made it successful."

Manfred Muntwyler admits that he was in the beginning a little homesick. Above all, the mountains would have missed him. "I was a good skier and if we did not emigrate, I would have possibly had a chance as a professional." 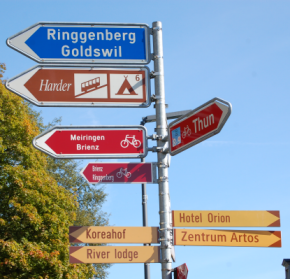 As compensation, he moved to British Columbia in his holidays, where he skied with the heli and snowcat groups for about 10 years for a little exercise in his beloved sport.

Switzerland is still a wonderful country for him. "But I am now rooted in Canada. Personally, I never regretted the step of emigration."  As the largest contrast and enrichment, he saw the possibilities. "If someone really wants to work, all opportunities are open to him."

The 69-year-old father of three and six grandchildren, the second marriage to a former professional traditional dancer from Hungary they were married in Toronto where he currently resides. "Canada has so many nationalities and cultures. Did you know that there are 54 different languages spoken here?"

Twelve years ago Manfred Muntwyler traveled for the first time back to Switzerland. "Before, I was simply too busy," he said smilingly. On Saturday, there was a class meeting of the former secondary pupils.

His love of football

The passion for football took the then 14-year-old from Interlaken to Toronto. "Football is my life here, now, and every day. At the time, football was not so popular in Canada. "This was one reason why the active Muntwyler, in 1975, formed a team sponsored by his firm.

He built four teams which, are with the amateur leagues. "We are good," he said on Saturday. "Our 1st Team was champion three years in a row. With pride, he told that his football players have already played in Mexico, Hungary, England and the United States.

The players are a mixed group and very multicultural. "My men are all living in Canada, but they originally came from Mexico, Brazil, Serbia, Italy, England and Scotland."

It was not only the football itself, but also the camaraderie among the participants that made this tour successful. Manfred Muntwyler has hung up the football boots and acts now only as the President. 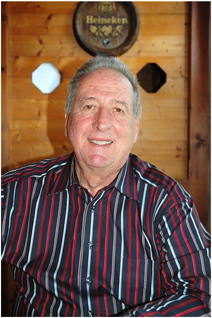 The enthusiasm for football, however, remained. For the first time, he took the Oakville MCM Football club, including the families, to Switzerland, where they will play five friendly matches. On Monday, the Canadians play against the seniors of FC Interlaken. They are accompanied by a small camera team said Manfred Muntwyler on Saturday.

We have 28 guests and no members online